Hello, friends. A week or two ago I posted My Mom Guesses YA Book Plots Based Off Their Covers, and it was interesting to say the least. In case you were wondering, my mom did indeed enjoy it and went to talk about it for the rest of the weekend. This peaked my little brothers interest, and he came up and asked me if he could guess plots too.

That’s right, he approached me, I didn’t even have to ask him.

The only slight issue is that he is a twelve year old boy who communicated mainly through shrugs and “sures” so when he tried to come up with plots he struggled a bit. This lead to my dad attempting to help, and my mom telling my dad he was uncreative. We spent an hour sitting around while I held up book covers for all of them to give insight on. This post is the result. Enjoy, I guess?

I. City of Bones by Cassandra Clare

What I told them going in: Nothing? I showed them both the old and new covers and said there was a cover change.

My dad’s summary: This story is about a killer orchestra, where they die when they play the instruments. They are tricked into playing the instruments by bad people who want more people to be sucked into the city of bones.

II. Queen of Air and Darkness by Cassandra Clare 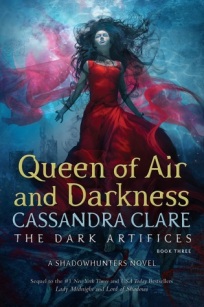 What I told them going in: This is a third book in a series, it takes place in the same world as the last book.

My dad and brother’s summary: This is a story about the lady in red on the cover is taking over the world because she’s greedy and wants the power. She has a dark soul.

What I told them going in: That it is not an erotica, which is what both of my parents assumed. That it is a paranormal murder mystery.

My mom’s summary: An underwater murder mystery in which the main character, Maddy, mistakenly kills her best friend Fred after she receives a letter that makes her paranoid.

Real summary here. My review can be found here.

IV. The Heir by Kiera Cass

What I told them going in: Nothing.

My brother’s summary: A famous person is looking for a husband because she’s going to become the queen of a made up country. (Like Genovia from the princess diaries).

What I told them going in: What the title came from, ie this quote: “The Winner’s Curse is when you come out on top of the bid, but only by paying a steep price.”

My mom’s summary: The main character bid on meeting her favorite author of horror novels, in which she wins but she doesn’t know that the author is writing true stories. She then becomes apart of his next horror story and she pays the most ultimate price when she loses her life.

VI. Turtles All The Way Down by John Green 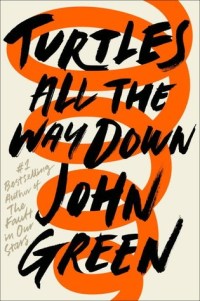 What I told them going in: I haven’t read this book so even I don’t know anything about it. In case you were wondering, they did not find this amusing. “How are we supposed to know what it is if you don’t? We don’t read, Arin.”

My brother’s summary: The turtles all go all the way down into their shells because a predator is coming to get them. The predator is a lot bigger than them and has big teeth. (What else did anyone expect a twelve year old boy to come up with?)

What I told them going in: I don’t think I told them anything other than it was a fantasy about fairies.

My mom’s summary: The fairy prince lives in the dogwood tree. The dogwood tree is in the mall in DC and he tries to capture tourists by throwing crowns at them as they visit the trees in hopes of finding his one true love (or 10,000 dollars). The true love needs to be human so he can become human himself because he doesn’t want to be small anymore. (I guess in my mom’s mind, fairies are small?)

VIII. You Asked For Perfect by Laura Silverman

What I told them going in: This book hasn’t come in yet but it is one of my most anticipated reads of the year.

My mom’s summary: Alexander is a college student with a massive deadline for his senior art project thesis in which he is drawing botanical subjects. He is having difficulties being pleased with any of his work because of the amount of of stress he puts on himself. (She then went on to tell me that this sounded a lot like me and maybe I shouldn’t stress so much about school, in case you were wondering). 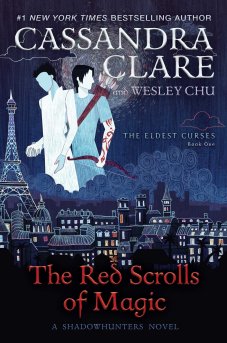 What I told them going in: Nothing, but my mom noticed that this was a shadowhunter book. I was very proud of her.

Her summary: The “tattooed dude” is a treasure hunter out to find the red scroll of magic. In order to find it, he kidnaps the other dude and forces him in a great adventure around Paris because he is the expert on the scroll. Its full of high speed chases because they’re not the only one after the scroll. 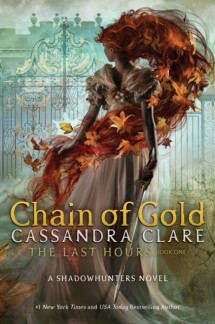 What I told them going in: This book takes place in the past. Though, once again, my mom noticed its a shadowhunter book.

My mom’s summary: In an ancient city in the fall, the main character is shadowhunting for the keeper of the leaves. She has to travel around the ancient city battling the leave serpents that live in the ancient cities drains and then come out through the streets. She makes her way to the castle where the keeper of the leaves lives, there is then an epic battle where the uses the sword to kill the big leaf serpent (animal, monster, thing).

Welp, that’s about it for today. You’ll probably notice my mom came up with most of these, but that’s because she has now declared herself the most creative person in the family. I guess I have myself to blame.

What do you guys think of their summaries? Which is your favorite fake plot? I think mine is The Cruel Prince or Chain of Gold.