Hi friends! Today I am going to be talking about all of the series I really want to read in 2019. This may seem like a book of series, but this book originally had twenty series on it so I am very proud of myself for cutting it down to what it is currently.

I. Six of Crows Duology by Leigh Bardugo 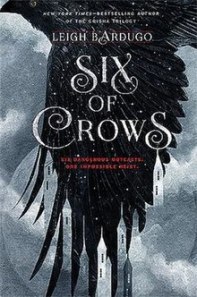 I plan on getting to this duology very, very soon! I recently read the original trilogy in this series and enjoyed it, so I am looking forward to jumping into these which overall seem to get a lot more praise than their predecessors. Plus I really need to read these before King of Scars comes out so that I can get the Nikolai content I deserve.

II. Letters to the Lost Duology by Brigid Kemmerer

I kind of had a moment when I realized that I had not read these books yet, Kemmerer is the author of one of my all time favorite series, Elementals, and I have been meaning to read her other standalone since it came out when I was a freshman in high school (spoiler alert: I haven’t). Then I discovered that this duology existed around September (I never claimed I was up to date with the latest news, bookish or otherwise) and immediately ordered both books, only to let them sit on my shelf and not touch them. Anyways, I really need to catch up on Kemmerer’s new releases instead of rereading Elementals three times a year, so they’ll be a priority in 2019.

III. Magnus Chase and the Gods of Asgard by Rick Riordan

Okay, so technically, I have read the first two books in this series, though I honestly have no recollection of them. Well, I have one memory of my older cousin picking up the first book when I brought it to a family dinner and asking me “why are you reading about some homeless kid?” but that is about it. So I really need to reread the first two books so that I can finally finish this trilogy and know how everything gets resolved.

IV. The Trials of Apollo by Rick Riordan

Once again, I have read the first two books in this series, though the only part I remember is the iconic “why?” scene from the first book that everyone has been talking about on tumblr since that snippet was released. I preordered the third book (fun fact, it was the first book I ever preordered), but since it came out during AP exam season, I didn’t get to it before spoilers started appearing everywhere. Needless to say, I got spoiled for a major character death and have avoided the third book like a plague ever since, but this year I will ignore that fact and finally sit down and actually read the book. 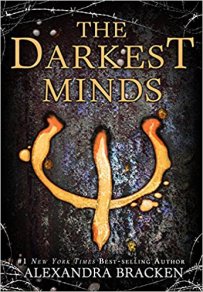 I meant to be apart of that huge group of people who read these books right before the movie came out, but it just didn’t happen  So this year, I am determined to actually read these books. The premise sounds really interesting and it has pretty good ratings by most of my goodreads friends, so I am looking forward to finally getting around to reading these!

A close friend from college has recommended this series to me three or four times. She says that I will love them, and I honestly think I will. I’m a big fan of historical fiction (if you ever have any recs, please share them!!) and fantasy, so a historical-esque fantasy series seems right up my alley. All that is left now for me to actually read them.

VII. An Ember in the Ashes by Sabaa Tahir 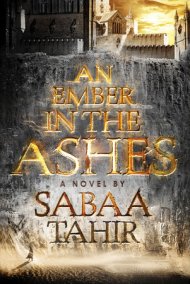 I have no idea what this series is about, not in the slightest. I saw a post about how the world of this is vaguely inspired by the Roman empire and I immediately added it to my tbr . As your local classics major and total Latin nerd, I love anything based off of Roman or Greek culture, even if it is just a vague connection. Here’s to hoping I actually enjoy the plot that I know nothing about once I finally get around to these. 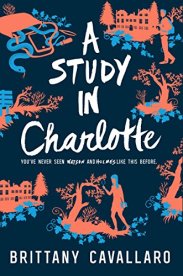 I bought this book because the cover was pretty when I was a sophomore in high school and haven’t touched it, excluding rearranging my bookshelves, since. I almost donated it to my high school library, but once I saw a bunch of good reviews, I decided to keep it and try it out for myself. I don’t read nearly enough mysteries anyways, so this will be an interesting switch from my normal fantasy reads.

I don’t know anything about this series either, I think I’m starting to see my problem. Okay, actually, I do know that a bunch of people love this series and there is something about a Red London (is that supposed to be capitalized? I think I saw it capitalized once in a tweet)? I guess I’ll figure that all out once I finally get around to reading this.

X. Shatter Me by Tahereh Mafi 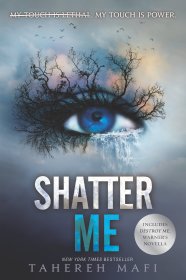 Last but not least, we have Shatter Me. I have already read the first book in this series, though I read in from midnight to three in the morning one night, so I don’t have much memory and am going to have to reread it. I somewhat enjoyed the first one? It wasn’t my favorite, but I didn’t hate it either, so I want to give the series another try and see if I can actually finish it this time around. If nothing else, then I will be able to understand the memes on twitter.

Welp, that’s about it from me! I hope you’ve had a great start to the new year! Have you finished any books yet? If so, what did you think? If not, what is your current read?